Taxi LED Screen or LCD screen: Which one to choose?

About LCD and LED. There are several points to consider when choosing between the two, but there is no clear-cut answer.

However, because of the different needs of different users, we often encounter the two screens. Let’s put an end to this and discuss the difference between taxi LED screens and taxi LCD screens!

Just as the name suggests, LCD (Liquid Crystal Display) is an electronic display device that transforms light into electrical signals. When the current is applied, the liquid crystal will change its state, and this change is most easily seen when the backlight shines through the liquid crystal layer to create an image.

A backlight is an artificial source of light that illuminates liquid crystal display (LCD) screens for a better understanding. Without a backlight, LCD screen images cannot be seen. The polarizing filter is the bread (the top layer), the protective layer is the filling (the middle layer), then comes the cheap LCD screen, and then there’s a layer that controls the backlight (the bottom layer). 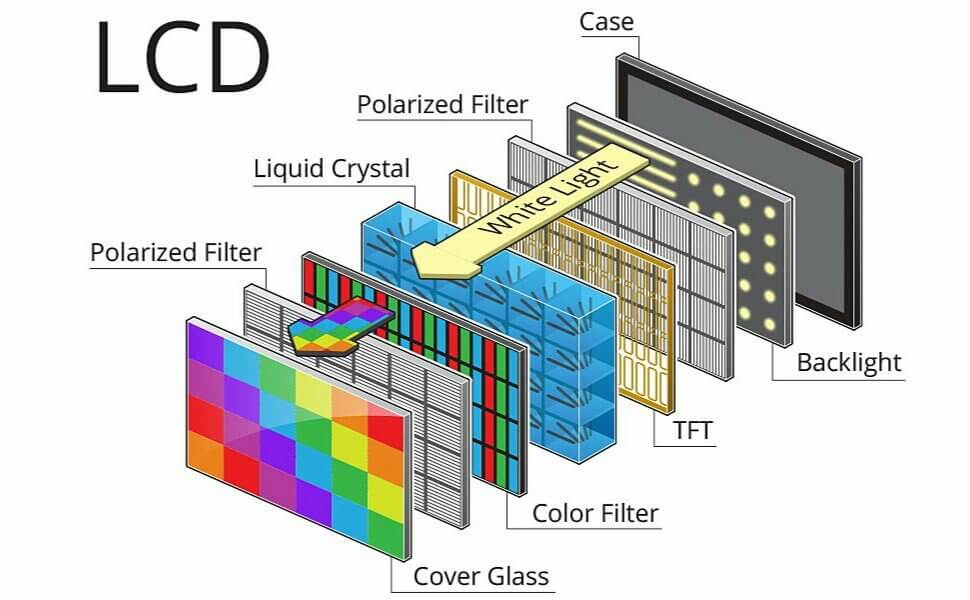 The difference between LCD and LED

The difference between a LED display and an LCD display is not all that great. Being familiar with the advantages, disadvantages, and advantages is critical to choosing the best display for your specific needs. You need to look at everything from the sizes to the brightness, contrast, durability, clarity, vibrancy, and many other features.

Brightness: LED displays have a much higher brightness than LCDs. They work well even in direct sunlight and still look good. You can’t always rely on ambient light.

Power consumption: Power consumption is one of the most important points, and it’s about ten times more efficient than a liquid crystal display. The structure of this LED display is also very energy-efficient.

Viewing angle: LEDs have a wider viewing angle compared to LCDs, so they can show graphics better from different angles.

Refresh rate: LED displays can convert electricity into light, which allows for quicker refresh rates. This contributes to clearer videos with less latency and ghosting. Also, because of their superior color gamut, LED screens can display more colors than traditional screens.

Contrast: An LED display panel can adjust the brightness level of individual pixels, offering local dimming. This capability allows for smooth, uniform transitions between bright and dark on an entire screen, versus LCDs that only dim small sections of the screen at once. The high contrast allows users to see the screen better in different environments, including bright sunlight and at night. The brightness can be easily adjusted, for example, by a user’s preference. 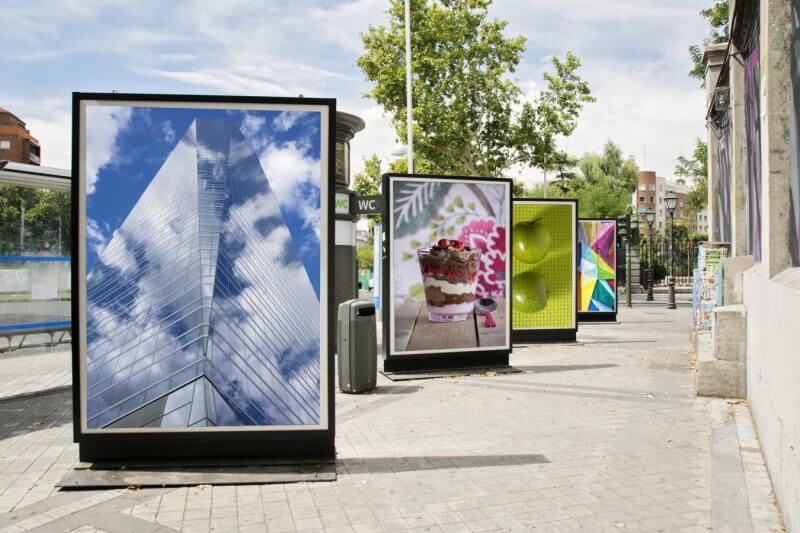 Environment-friendly: LED displays are more environmentally friendly than LCDs because you won’t have to replace them as often and they don’t contain mercury, so you won’t produce landfill waste after you discard them. Besides, they consume less power and last longer, so fewer natural resources are wasted.

LED’s are well-suited for video walls because they have a wide viewing angle, are easy to use, and require little maintenance.

LCDs are best suited for tiled displays, but the bezels of these monitors can still be problematic. They may cause visual gaps and barriers, and narrow spaces can be an issue when designing a display.

Size: A LED display can be made in any size. , but LCDs are typically only available in the standard sizing set by the manufacturer.

The higher initial price point: LEDs can be more expensive than LCDs. But a longer lifespan and lower maintenance fees make them more competitive with LCDs.

Liquid crystal displays don’t directly emit light, but rather produce it with the help of a backlight. LCD screens are usually used in environments where light is very limited and controlled.

Low price: Due to LCD screens have been used in digital watches since the early ’70s, the price has fallen so that more people can buy them.

Thick and heavy structure: LED-backlit screens have become common on mobile devices, such as laptops and tablets, and are quickly becoming more popular on desktop computers. Thanks to edge-lit technology, the LEDs can be located at the sides of the screen rather than behind it, giving the screen a slimmer profile.

Not support 4k: Today, 4K videos are one of a trend, this video format is limited by the resolution of LCD displays.

This article is designed to help you understand and compare the different advantages and disadvantages of LED and LCD displays. In general, LEDs have advantages compared with LCDs due to their many functions, such as longer service life, lower consumption, easier maintenance, better display performance, and more.

To conclude, to choose the suitable screen according to your requirement but not only consider the cost first.